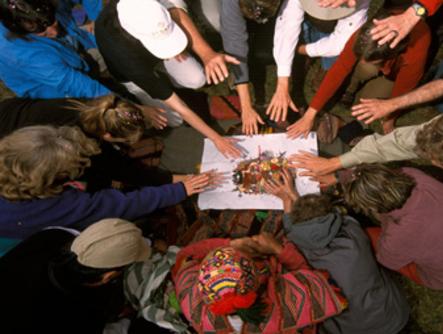 Most of us go through our lives more or less numb and basically asleep. Even when grief offers us an opening for awakening, we often don't recognize it or act on it because death and grief are such taboo topics in our society. In the five years since I wrote about ritual in my last book, I have studied and practiced rituals from a variety of world spiritual traditions, and have learned a lot about the healing power of ceremony. The Native American family described in Chapter Five gave us a beautiful example of how to access wisdom and intimacy when facing the absolute certainty of death. They brought rituals and clear intention to the death of their family matriarch, and in my chaplaincy work I've seen this happen with spiritually-oriented people from all traditions, whether Buddhist, Jewish, Christian, Muslim, Pagan or anything else. Deathbed and funeral rituals helped them walk directly with the death rather than shrinking away from it. By contrast, I have also observed people with an "in-name-only" spirituality (or no spirituality at all), who have no symbolic implements to help them work with loss or trauma. 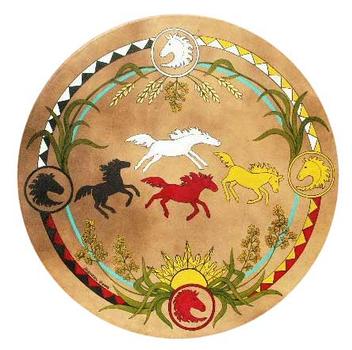 If I compare the two families described in Chapter Five, the Native Americans used their spirituality (sacred objects, chanting, drumming and prayers) and its cultural practices (crying and grieving openly and taking the body home for burial), as guideposts for walking through the experience of death and grief. The other family – the one with the angry son, no spiritual beliefs and no plans for any kind of memorial service − had none of these tools. Instead, they projected their pain and anger outward by suing the hospital.

"The grief in the human heart needs to be attended to by rituals and practices that when practiced,
will lessen anger and allow creativity to flow anew."    Matthew Fox

HELP FOR CHILDREN WHO ARE GRIEVING

In the summers of 2007 and 2008 I volunteered at a bereavement camp for children who had lost a loved one. Many of the campers had experiences that were dreadful beyond imagining. One eight year-old told me about witnessing his mother's suicide by gunshot, and another boy, age 11, told me that after his father's murder, his mother, grandmother and other family members would not tell him what happened, only that his father had died. He eventually heard the details from the other kids at school, who had heard it from their parents. There were dozens of stories like this, and in most cases the children were not given adequate or accurate information about the deaths, nor did they receive grief counseling or any viable help for dealing with the experience. For almost all the children, the camp was the first opportunity they had to talk openly about the experience and to participate in rituals specifically designed to help facilitate the expression of their grief. 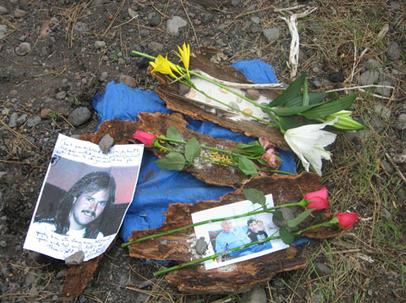 One such ritual involved helping the children make "memory boats" out of large pieces of bark decorated with moss, twigs, flowers, feathers and scraps of paper on which they could write messages to their departed loved ones. We then set the little boats adrift on the river as a visual expression of releasing and letting go. Another ritual was facilitated by a dance therapist who led the kids in a movement process that expressed characteristics of the departed parent. In this exercise, the children stood in a circle taking turns mimicking a physical movement that the parent commonly used, such as casting a fly fishing line, smoking a cigarette or mixing cake batter in a bowl. These were significant visual impressions the children remembered about their dead parents, and by bringing these memories to the surface and physically acting them out, the essence of the parent expressed itself through the body of the child. ​

"Ritual gives words to the unspeakable and form to the formless. It brings the non-physical into physical form
​so we can see it, touch it, feel it and process it.  Rituals create a bond between Heaven and Earth."     Terri Daniel

When my son Danny died in 2006 at age 16, among the many rituals I created was "The Danny World Tour."  I purchased some tiny plastic bottles with cork stoppers, some shiny gold fabric to wrap them in, and lengths of purple cord to tie around the bottle necks. These would be used to hold small portions of his ashes. The bottles were given to friends who, for various reasons, would be traveling to different places around the world during the coming year, and they would sprinkle a bit of Danny's ashes here and there, wherever they went (Danny loved to travel).
​
His cremains are now a permanent part of forests, rivers and canyons from the Rocky Mountains and the Gulf of Mexico to Italy, Puerto Rico, Ireland, Tahiti, Germany, Iraq and the Caribbean sea. He's even been fishing in Alaska, and watched a rainstorm from a sailboat on the equator! 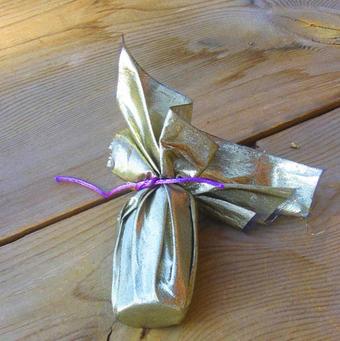 HOW DO RITUALS HELP?

Rituals like these help us move from the attachments of the ego-body into a more spacious, soul-level awareness. They remind us that grieving doesn't have to be all misery, all the time. There are countless ways to lighten the burden for a few small moments here and there, and ritual is one of many tools we have at our disposal. With the regular use of ritual, those pain-free moments when we experience a glimpse of timelessness can become more frequent, until we can recognize and honor our pain when it calls for our attention, but then let it go when our full attention is not required.

Counseling and grief support groups are useful for helping us to feel heard and connecting us to others who have experienced similar losses. Sharing stories and memories are important parts of the healing process, but they are not enough. In order to truly heal, we have to commit to doing deeper work, or we can become too focused on the external event (the death or loss) rather than the internal transformation that is necessary to become whole again.

For suggestions on creative, meaningful rituals you can do at home, please click  HERE.